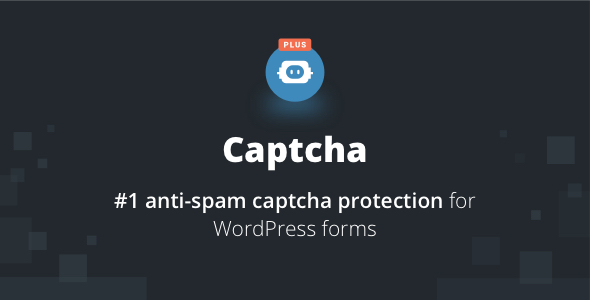 Captcha plugin is the best security solution that protects your WordPress website forms from spam entries. It can be used for login, registration, password recovery, comments forms and much more.

It is easy to use and manage, a simple and effective plugin which will always guard your website forms.

If you have a feature suggestion or idea you’d like to see in the plugin, we’d love to hear about it! Suggest a Feature

Visit our Help Center if you have any questions, our friendly Support Team is happy to help https://support.bestwebsoft.com/

Some of these translations are not complete. We are constantly adding new features which should be translated. If you would like to create your own language pack or update the existing one, you can send the text of PO and MO files to BestWebSoft and we’ll add it to the plugin. You can download the latest version of the program for work with PO and MO files Poedit.