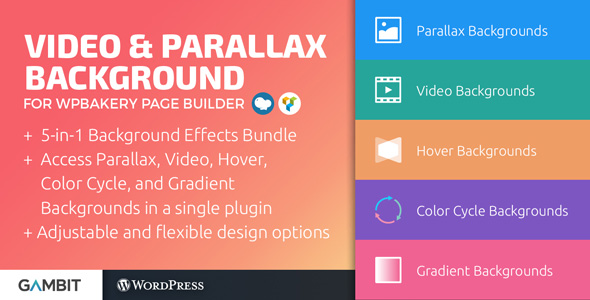 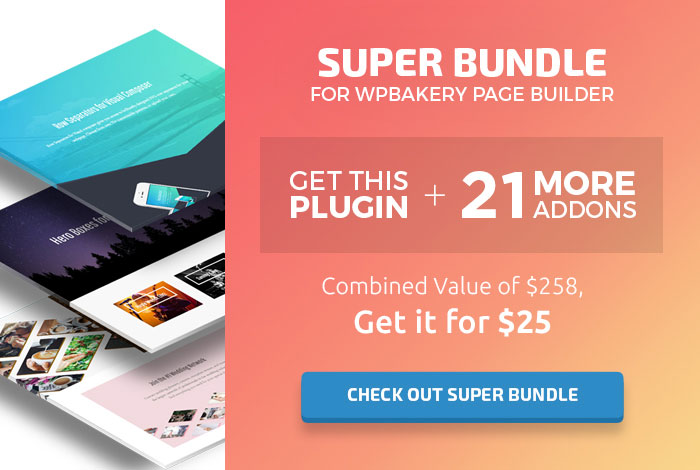 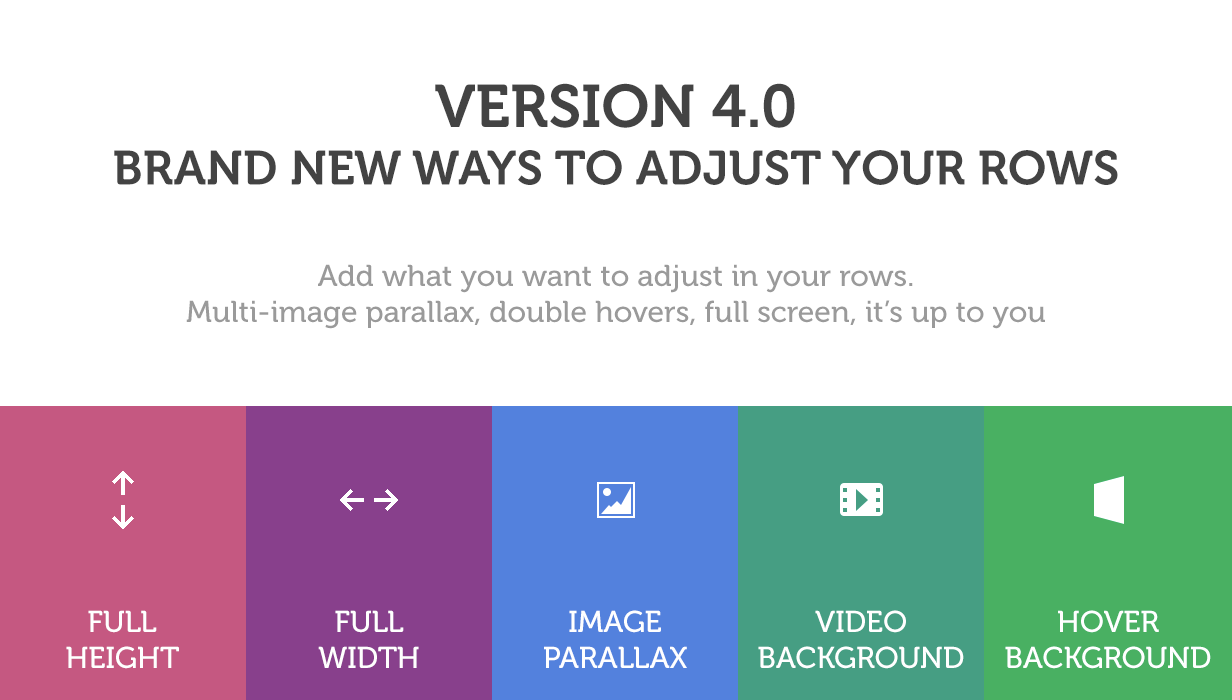 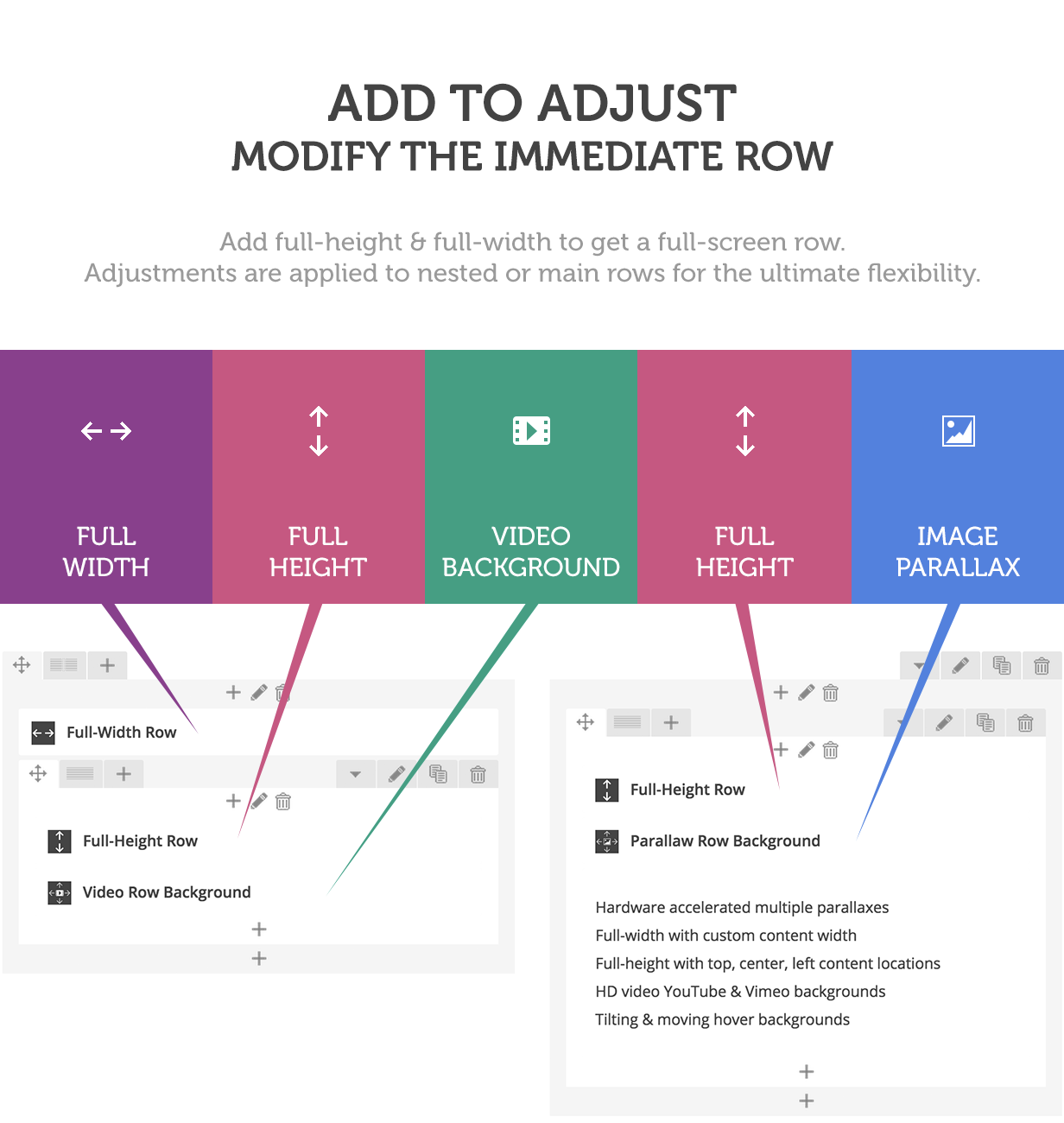 Video & Parallax add-on gives you a bunch of Row Adjuster Elements that allows you to easily add image parallax scrolling effects, video backgrounds and hover backgrounds to your WordPress site. It also allows you to widen your rows into full-width, full-height or fullscreen rows.

Just activate the plugin into your WordPress theme and video, parallax & hover background elements will become available in your Backend WPBakery Page Builder Editor. Add these to any of your rows or inner rows. Our plugin is flexible, such that you can place multiple parallax backgrounds to get that perfect effect you are looking for.

We are continuously making our plugin better and faster with each update. Now we are proud to say that we are hardware accelerated, and with little rendering repaints. This means that your parallax will scroll smoothly. Try it out in our demo site and compare our parallax against what others have.

We want to make our plugin run smoothly across any theme. We have bumped up the robustness in the latest version, but if you find that you are having conflicts with your theme, don’t hesitate to contact us through our support forum, we’ll work with you to make it work with your theme 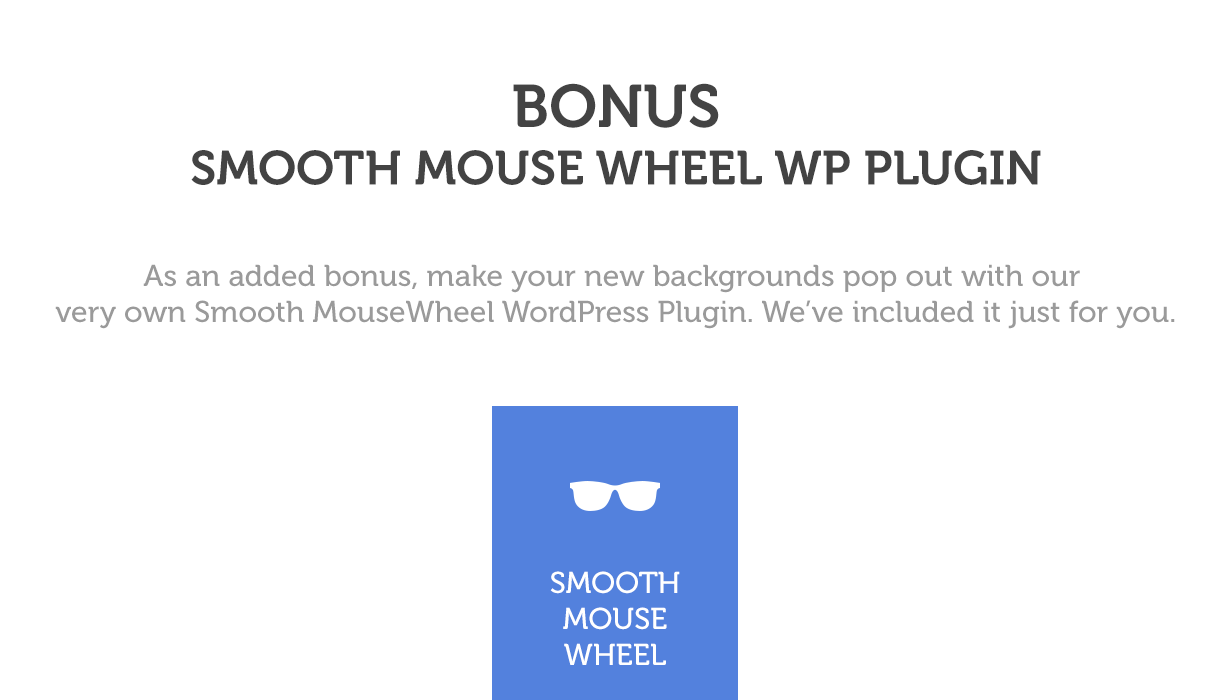 Why Use Our Plugin?

WPBakery Page Builder has recently included a parallax setting in their rows. What we have here is a solution that’s way beyond what’s provided in terms of performance and flexibility. We have over 5,000 satisfied customers and more than a year’s worth of experience enhancing and growing our tech.

This plugin is the culmination of our knowledge in CSS and our plugin will continuously be updated and work better than the rest. We ourselves do not like our websites to have choppy parallaxes, we like it fast and snappy, and we’re betting you do too.

With our plugin, you can adjust your rows to be/have:

Works in any theme with WPBakery Page Builder

Previously, we had a compatibility mode to make the plugin work with modified copies of WPBakery Page Builder. As of version 4.0, there is no more need for it.

If your theme isn’t listed above, our plugin should still work fine. If it doesn’t, write to us in support and we’ll make it work.

Parallax Background Is Now in the List of WPBakery Page Builder Addons!

Want to Include Video & Parallax Background Images in Your ThemeForest Theme?

You can just include this item as a plugin which your customer can install and active along with your theme.

If you want to include this item in your ThemeForest WordPress theme, please purchase an extended license and send me a message through my profile page.

Live WordPress sandboxes are provided by the awesome WP Demo

Check out Our Other WPBakery Page Builder Addons